Three years of collected comics from the Unbound D&D campaign! Each book contains greyscale comic scenes connected by text summaries of sessions, plus appendices for lore and NPCs.

The Unboundiverse was created by our DM, Tuz-oh. Two decades ago, the Magi Crisis triggered a decline in the world's magic and the Revolutionary Wars swept across Altland, ending the reign of kings. Newly formed countries are now on the cusp of industrialisation as they struggle to maintain their magic or learn to do without. Now, a group in the shadows has its own plan to abuse the crisis, and our party is the only group with the potential to stop them. 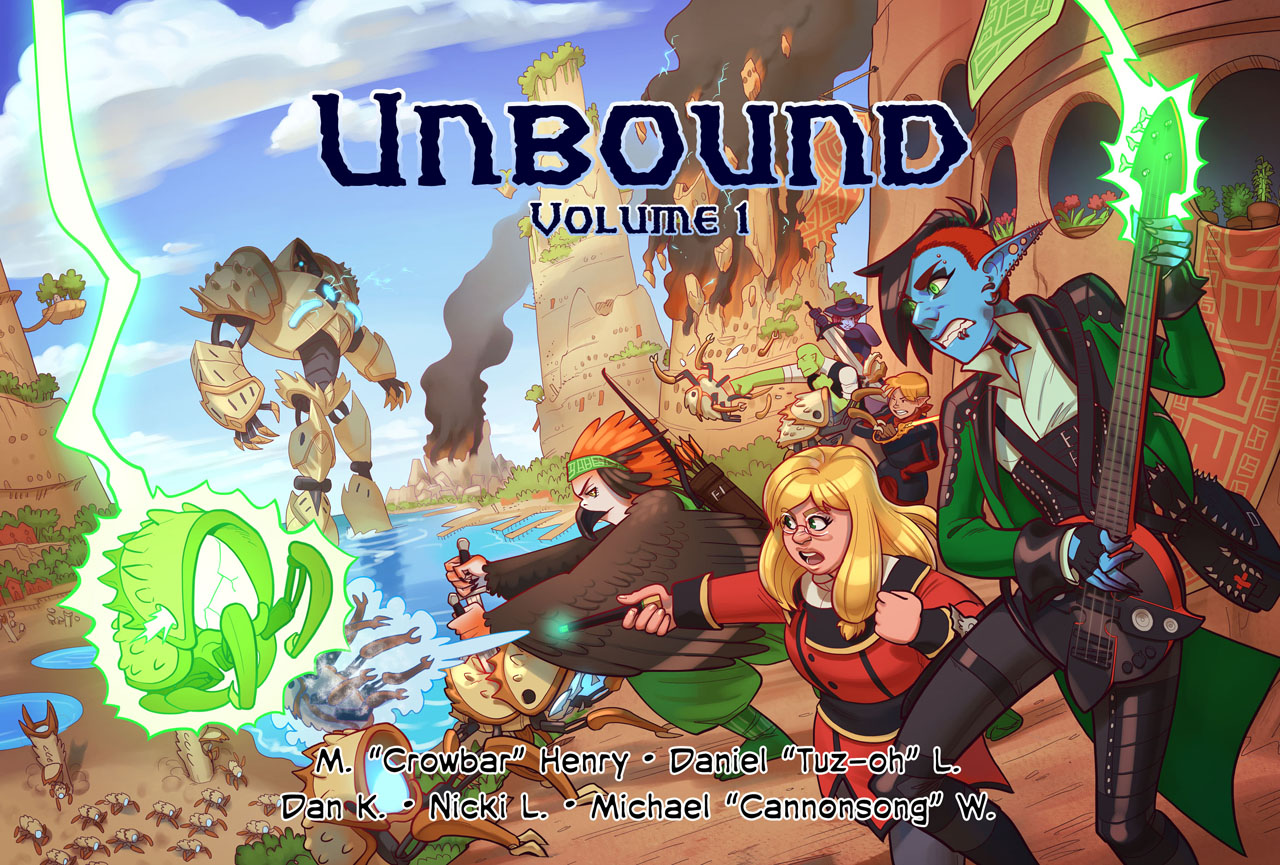 Volume 1 contains 166 pages including approximately 107 comic pages plus other illustraitions.

Saga 1 - The Promotion
Our heroes begin on a prison ship, escape an island-tomb and supernaturally dark caves, and band together to save a city.

Saga 2 - Homecoming
While on the search for the mysterious Cloaked Man, the party race to retrieve a powerful magic item and uncover a plot to destroy Gwen's homeland 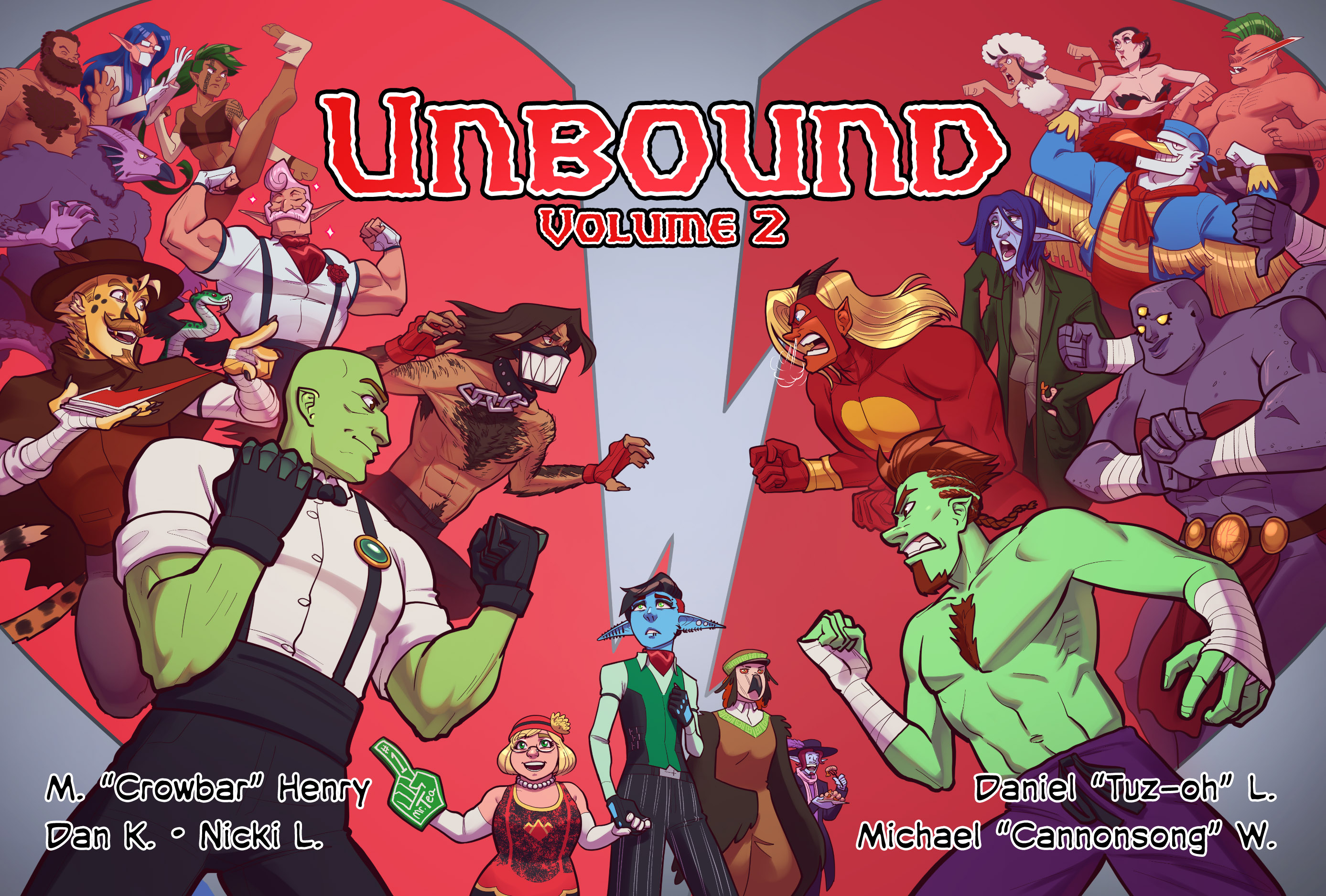 Volume 2 contains 152 pages including approx 90 comic pages & other illustrations. There is a 10-page exclusive comic scene.

Saga 3 - Total Eclypse
The quest to gather four rare ingredients for a magic ritual takes the party to the desert country of An'Shyvaan. In the way are a gang of Ryybyn's fans dead set on raising hell.

Saga 4 - Heartbreaker
Romeo fights in the Heartbreaker martial arts tournament to in the last ingredient: a hag's heart stone. Another part of Ryybyn's past catches up to them and a new ally joins the party. 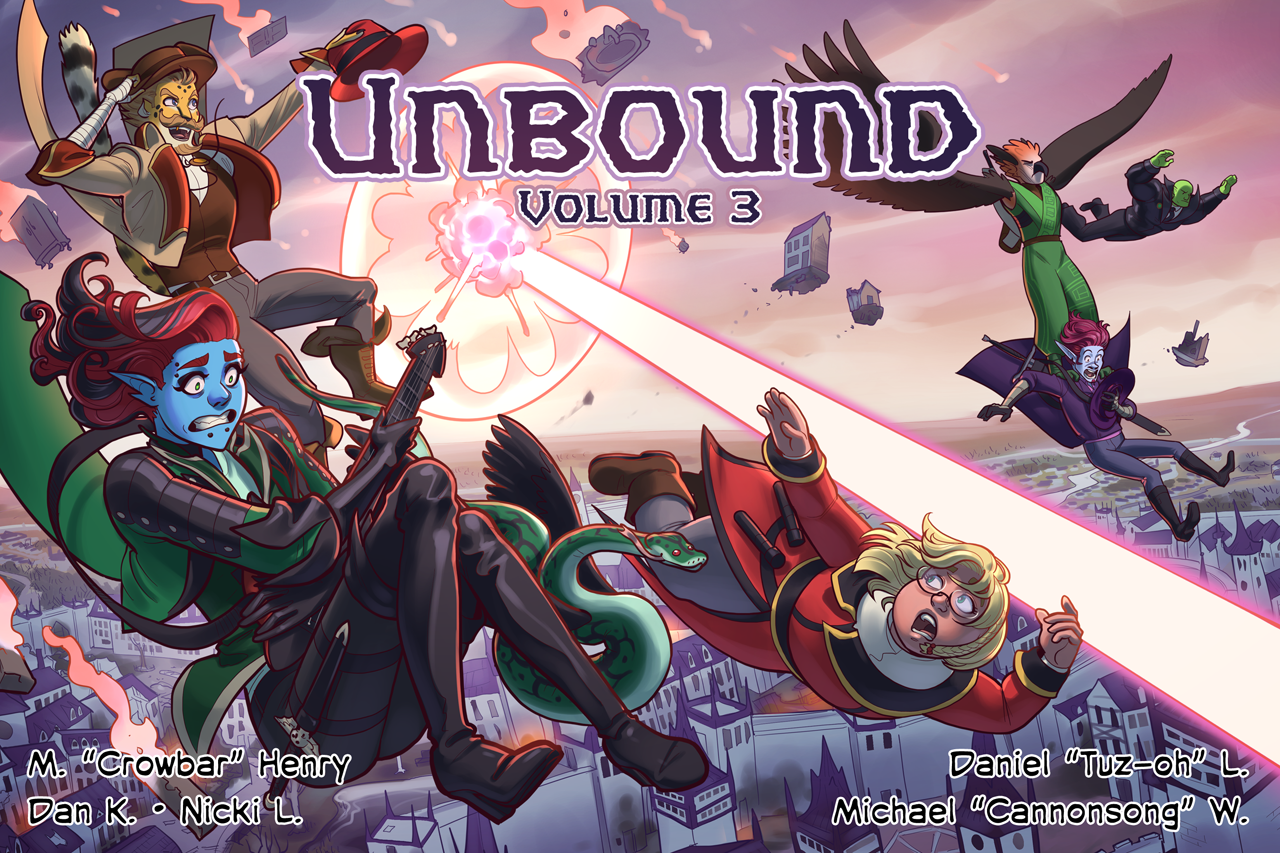 Volume 3 contains 204 pages including approx 140 comic pages and other illustrations. There is over 10 pages of exclusive comic pages.

Saga 5 - Fires of Revolution
The party track down the Cloaked Man to Byrgenwick, the Free States' capital of necromancy. Little do they know, the city is ablaze in the Firebirds' communist revolution and swarming with out of control zombies.

Saga 6 - Beyond the Veil
Death is only as bad as you make it.

Most comics are available for free on my tumblr and twitter in various states of quality, but the PDFs have all the pages cleaned up and toned in greyscale. The PDFs also keep everything chronological and provide the most comprehensive breakdown of the campaign, plus purchasing them helps support me making more of this content. The PDF content is identical to the book hardcopies.

In order to download this comic you must purchase it at or above the minimum price of $15 USD. You will get access to the following files: 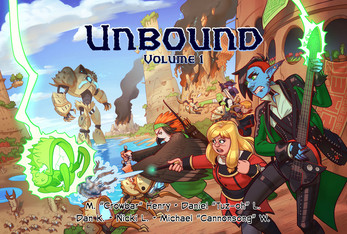